Making Matplotlib in Docker draws in Windows through WSL

A not so simple Docker example 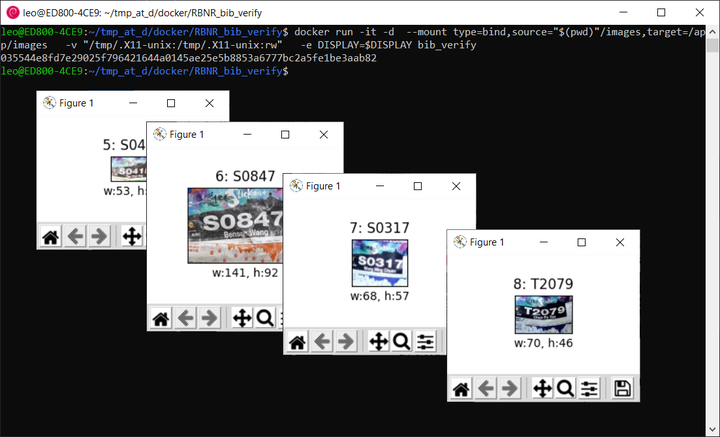 The initial title of this post is "A Simple Docker Example", which is going to show how to plot a simple Python program into a Docker image and run it. But it turns out that I’ve chosen a not so simple one as an example.

My PC is running Windows 10 and the Docker image is built on top of the official Python linux base image, so it makes sense to run the Linux container in Windows 10’s WSL (Windows Subsystem for Linux). This can let the container and the host talk in same language and let the WSL to handle the actual display issue with Windows. The steps include setting up WSL in Windows 10, prepare the Docker image, and correctly start and run the container.

Since the program is just to show the images and the corresponding bib numbers, the only things need to be prepare are the images, the Python script file and the Dockerfile, as listed below:

Therefore the Dockerfile is very simple.

We can then build the image by running: docker build -t bib_verify .

Steps to start the container

This is the part that I spent most of my time, in researching the way to properly set the environment for the container to run the programs. The point is pyplot, thus matplotlib in the container needs to be able to access the X11 socket of the host, in turns the X11 in WSL needs to utilize the GUI in Windows. The second part has already been set in the above section. This section is aiming at the first part.

In order to enable remote user can access the X server in the host (WSL), we should grant access control by using xhosts:

When starting to run the container, we need to specify the Unix-domain socket for container to communicate with the host by mounting the path in container /tmp/.X11-unix to the same directory in the host, and also specify the DISPLAY environment variable. And hence is the below command to start a container:

There are many discussion on setting the ‘backend’ in matplotlib, e.g. here and here, for rendering in different environments, such as saving to a file or rendering to a GUI. Basically, there are two common methods to do this:

However, I found these steps may not be necessary. If we take a look at matplotlibrc, it is written as:

At least in my case, TkAgg is automatically selected even the above steps have not been taken. Certainly you can also set it manually if necesary.

This not so simple Docker example did let me spend more than a half day effort to sort out the matplotlib rendering in Docker problem. It’s challenging but interesting at the same time. Source code can be found here and comments are welcome. Ciao! 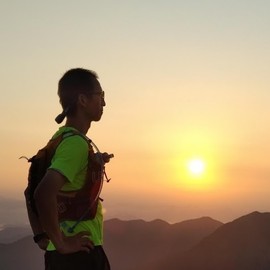